Described as one of the top ten rail journeys in the world, this 84-mile round trip takes you past a list of impressive extremes. Starting near the highest mountain in Britain, Ben Nevis, it visits Britain’s most westerly mainland railway station, Arisaig.

It passes close by the deepest freshwater loch in Britain, Loch Morar and the shortest river in Britain, the River Morar. Finally, the train arrives next to the deepest seawater loch in Europe, Loch Nevis! The train stops at the village of Glenfinnan (see below). Beyond Glenfinnan are the beautiful villages of Lochailort, Arisaig, Morar and finally Mallaig. From Arisaig, on a clear summer’s day, you can see the Small Isles of Rum, Eigg, Muck, Canna and the southern tip of Skye.

Harry Potter and the Hogwarts Express

The train crosses the 21-arched Glenfinnan viaduct (a location made famous in the Harry Potter films) which overlooks Loch Shiel and the Jacobite monument. The train may stop on the viaduct, time permitting, to allow you to take in the magnificent view. Once stopped in Glenfinnan station you can visit the West Highland Railway Museum located in the restored station building or the Glenfinnan Monument dedicated to the brave Jacobites who fought alongside Bonnie Prince Charlie in the 1745 rebellion. There is also a walk alongside the viaduct giving you the opportunity to have a closer look. For further information [email protected]

The same journey can be made on the local Scotrail service. Train timetables and tickets can be obtained at Fort William railway station. 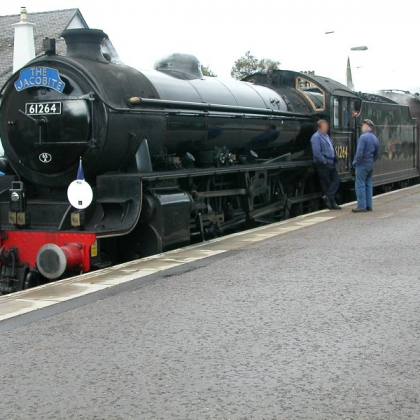 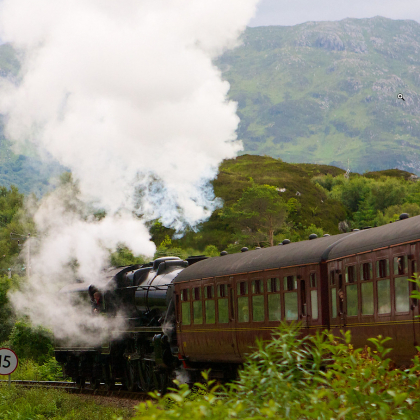 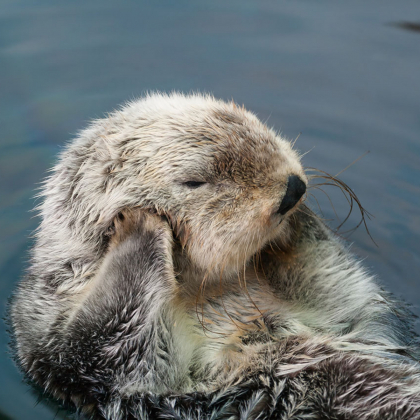 Board Souters Lass, moored at the Crannog Restaurant, Town Pier, for a wonderful… Nevis Range is one of the premier visitor attractions within the Highlands, offe…